VIII. Stories: November/July Not the Ending I Imagined

Where this came from, and holding it in the balance

There is a story I was trying to tell since I was young.  Maybe more of a feeling in story form, an ambiguous assumption of meaning that I tried to write my early exposition on top of.  Each scene started from the emotional climax, with no supporting events to justify why the dialogue was sparse and portentous, why the characters always stared into the distance of bad things to come.

I’ve never fully been cured of writing from a moment no one else is in.  During the last long journey it took two months for me to realize I was only piling words on top of an experience that those words were alienating me from.  The writings led ambiguously back to something that churned in my experience, no name, no shape, nor any talent to express it, only an urgency that the nostalgic soundtracks of my college friend’s never managed to match up with.

The songs that moved me came in stories I encountered as a kid; stories of total consequence that became the prism for how I saw the world and, beginning with my environmental education, my place in it.

The Final Fantasy game series is composed of independent stories that run several hours independent of the actual gameplay.  While many have played them, how some never left me, I think is because the sense of gravity between the characters and their worlds, being devoured before them, fit. It fit seamlessly inside the space in me for which I could not, in our culture, see a model of expression.

I still drift over a vast lava plain, an orphanage alone on the bluffs by the sea, places under the world where the river of life flows.  Say what you want about the medium, but these memories, and the very real feelings that grew in those formative years are the home of the part of myself that is beautiful, that doesn’t see it’s personal story as separate from the earth’s, it’s fate as separate from yours.  It dwells in an unscientific place where human inheritances we’ve lost are still alive and powerful, and for every part of my adult life that wasn’t spent numbing the wound of alienation that is our civilization’s signature, I’ve been measuring the “real world” against it.

Not against the game, or the story or the daydreams, but against whatever it is inside us that is unconditional, that needs no weapons or masks or walls, that is expansive, authentic, inclusive.

It might sound funny for me to say that, having, largely on the basis of a dream of connection, pushed everyone away, but I think that’s mostly a matter of style, a conflict at the surface that diverts people from what’s at the heart.

In all the years I tried to speak on behalf of what I’ll mention next, I tended to fail to realize that what I was saying was a process on the way to something, and not the end of it.  And though each failure would lead to a further refinement, a lot of the bridges I’ve tried to build were left burning.

There was something true I was trying to reach in words but I wasn’t easily able to separate how I think about it, from all of the other static in my mind and personality.

There was a moment in which a friend asked me “How do you know all this?”  And in that moment every thing I had said and every thought I had appeared in a chain of causality extending back to a single phone call, and, before, back to my childhood.  Each facet of my existence could be seen to have roots in every thing that had ever happened.  There was nothing I could claim as my own.  “I” was just a nexus, a point of consciousness at which the universe converged, a window with a particular view and nothing on the other side.

The revelation was like being born suddenly into the world, seeing through my self–like a graduation.  We are a process,  our definitions like trying to catch a river in a bucket.

As we walked home through a fancy neighborhood I saw people in the cafes and the judgments passing between us like smoke in front of our faces, hiding us from each other.  It rose into a giant cloud above the city and was called separation;  not the existential separation that comes from having a body, but idea separation, layers of imagined distance that have to be thought, that do not exist as the architecture of our minds but arrive there, uncritically absorbed.

Even if you believed the people from different times and traditions who converged on the truths that become the things we say but can’t live, even if one accepts the idea that, for instance, “we are all one” that doesn’t make us conscious of all the forces that arrive through our socialization that make it impossible for us to ordinarily experience or act as if we are.

That is what I wanted to do, what I was measuring the dynamics of every day life for: what is it that is in between us and where we want to go, why can’t we live the way we think we should?

Many would say its human nature.  The story that was attempted to be told here had to do with ways that we are shaped, compelled by social currents that reinforce this perception, this prison, and that we have to see the bars before we can escape the eddies in history in which they keep us.

In an earlier travel journal I mentioned an intention that was set in a moment when I first felt the world was more than just matter.  It came from deeper than the superficial swirl of thoughts and surprised me because it had no precedent in my mind and it wasn’t a role that exists in this society.  But in the moment when I looked back across life and saw the roots of my shifting perspective seven months later, the seemingly disparate events, experiences going back to the beginning, could be seen to hold an uncanny alignment to that intention.

Those clear moments which were like waking up into my real story, the one that was waiting, that suggests the world is more than just atoms, faded.  But I had seen things that overturned my foundation, the premise on which each better and worse thought springs.  And now I walk through society like someone from a different culture, noticing things and carrying a memory of a world, the ways in which we live and think, make us numb to.

If MLK Jr. had not been so eloquent, his movement might not have succeeded.  If you were to imagine him with the same cause, the same human impulse, but abrasive, inarticulate, would it mean he was wrong, that he and those around him didn’t deserve what they were striving for?  Is the best speaker always right?

The message has been a casualty of me, the human remains and their gravity.  And jockeying to stay afloat, the needs of the body, the timeframe of money and mortality has been imposed on something that would have been better expressed in a different way.

The hope, in the face of all the flaws impeding this project, is not that people would take these paragraphs and stuff them into their heads.  It’s that people would walk inside this temple of words and hear the prayer.  God doesn’t live in a church, I think I heard once, it’s just where we remember her, where the effort of people who were inspired makes us wonder what they felt.  The bricks are not the truth and the spire only points to the heaven inside. 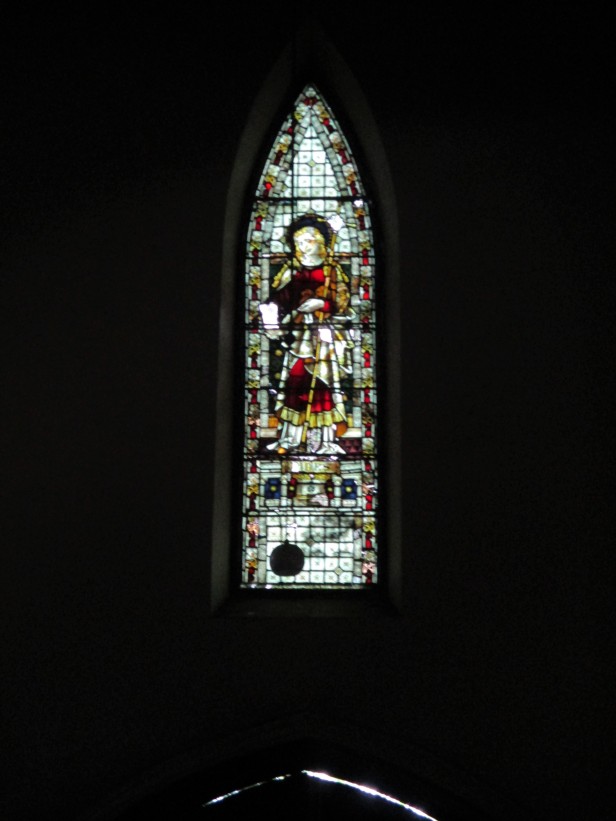 At Burning Man I watched a simple kindness result in a chain reaction of goodwill that ended(or did it?) in something much bigger than what the initial intention could have predicted.  And that has always given me comfort when I felt like I would never finish, that innovation is often more than the sum of intentions and expectations.  You can realize peace through a comedy, or compassion through war; how we proceed from each moment is a chemistry of more than what we see, and when we resonate with an intention our strategies bend toward its fulfilment, our work–if we have a choice of it–takes on its structure.

I know that if someone was to have read earlier iterations of this project, connection would not be the obvious lesson.  It only appears indirectly when you consider the dynamics that put us, by default, into conflict, that makes it hard to see the similarities in our struggles and common roots in our failures.

I know this seems far away from the day to day realities of survival.  I had to leave the country because I didn’t have the skills, experience, desire or endurance to bend my energies to the task of progress as its defined.  But even if I could have afforded to stay it would have been unappealing for the fact that the details that appear in the mirror of this project were, for me, unbearably pervasive.  I too became encrusted in the sediment of the real world, and I didn’t want to die clogged and clouded.

My discipline is to be open to the world, to keep my eyes open as I walk through it, but my reflex at the time I first began this letter was to hold back with people.  On what I thought would be my last trip I looked for signs leading somewhere outside of the maze and even when I was impressed, learning something, finding agreement, on some level I felt like I was rereading the same story, seeing my ghost in the mirror, expending energy like at the television.

Strangely enough I had more belief in humans, humanity, than people.  I saw the world that’s waiting that the dream being dreamed can’t be woken from to reach.

The ending I didn’t imagine was meeting someone with whom sharing seemed to lead somewhere, where energy was received and returned, where we looked, however briefly, through each others eyes and for the first time in a long time I didn’t feel alone.

I had accepted aloneness as the price of a certain amount of wisdom.  Not enough that is to leverage my energies in the right proportion at the right time, but enough to see, at times, even if I could not speak, clearly. 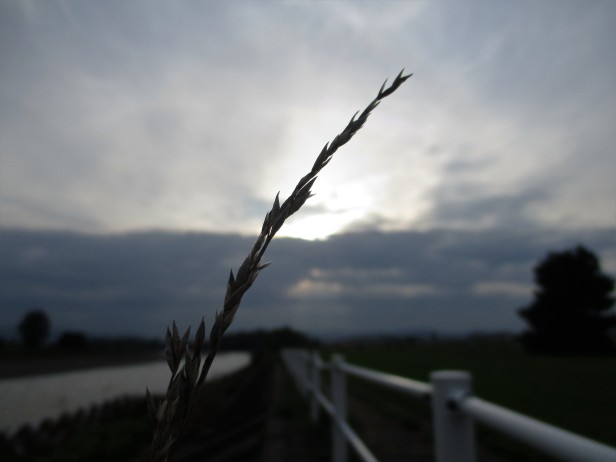 The person I met said I had a lightness, a light, but she didn’t know it had almost gone out, a candle in the vastness of Winter that brought only a memory of warmth and had become more bitter than sweet.  Without even trying, it grew in between us, making things difficult, revealing a crossroads where in the dark the course was paradoxically clear.

I had stopped writing because in time I realized the timing, the execution, and the place in myself were wrong.  But around the corner that keeps on turning, the turn suggested that they wouldn’t always be.

She met a version of me that is latent, further, an echo that most of the time cannot be heard, that exists in places that are rarer and ever more relevant.

Now, then, as the city and she are deep in sleep, on the eve of our parting I wrestle(d) with whether to return to my own version of it, to wait in darkness while the universe explodes toward the resolution of everything and itself.

Now, once again, away, I am faced with three contradictory objectives.  No one I pass will see the worlds tilting in the balance.